Charity Link was established in 1876 by local business people and caring individuals to assist those in Leicester experiencing poverty, hardship and crisis.

On 29th May 1876 the first meeting of the Leicester Charity Organisation Society (as Charity Link was first known) was held at the County Rooms (now the City Rooms) in Leicester City Centre, chaired by the Mayor, Alderman Barfoot.

The ‘Charity Organisation Society’ (COS) movement began in London in 1869, when migration of populations to rapidly developing towns had resulted in poor living conditions, and the new harsher Poor Laws had exacerbated poverty. COS’s went on to be located around the country with their concept being ‘to give the poor just sufficient – either financially or in kind – to assist them, but not to discourage them from helping themselves’. Charity Link is now the only COS still in operation in the UK.

Over the past 140 years our pioneering services have continued to respond to the changing needs of the local population. In 1975 the charity expanded its work to include the areas of Leicestershire and Rutland. More recently, in 2012, we expanded our work to support people in Northamptonshire. Though times have changed Charity Link’s services are as vital today as they were over 140 years ago.

We have long-standing relationships with numerous local charities and organisations and have supported local people in need through Spanish flu, two World Wars and more recently supported thousands impacted by the COVID-19 pandemic.

If you are interested to know more about our long history, please get in touch.

We would love to hear from you.

Please contact us if you’d like to find out more about our work and how we can assist you.

After historically being called Leicester Charity Organisation Society, the Leicester Charity Link name was adopted in the 2000s. Since our expansion into Northamptonshire in 2012 we are now simply known as Charity Link. This refers to the many charitable organisations we work with, those who refer into us for support for their clients, those who support our work and the charities and trusts we support via our Trust Administration service.

We have been involved in many hardship linked campaigns throughout our long history. We have supported national campaigns and have run our own awareness campaigns to highlight how hardship impacts on the communities in which we work. If you are an organisation and would like to make us aware of a relevant campaign, please get in touch.

This issue of hardship

There can be a misconception that poverty is not an issue in the communities in which we work. This reiterates the fact that often severe hardship can go on behind closed doors, with people suffering in silence or without the knowledge of neighbours, or even sometimes friends and family.  Leicester has some of the highest rates of poverty in the whole of the UK and it is estimated that one in three children in Leicester is living in poverty. In Northampton it is one in five and there are many people sleeping on the floor as they don't have a bed, skipping meals, unable to turn the heating on in winter, washing the family clothes by hand....

Your support makes a real difference. 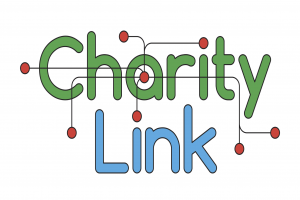 Find out about our small, dedicated staff team working in Leicester and our board of Trustees who decide the strategic aims of the charity.  We are also supported by our Patrons and Volunteers. 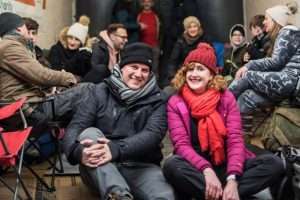 Charity Link is delighted to help journalists with features on poverty and welfare issues and to talk about our work and impact. 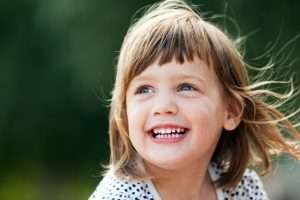 Find out more about our vision which is the driving force behind our work and how we aim to make a massive difference. 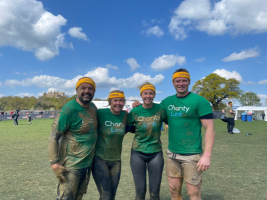 We can only change the lives of over 5,000 vulnerable people in need each year thanks to our amazing supporters! There are so many ways you get involved to make a difference.

Get the latest updates on our services, how your support is making a difference, client stories and forthcoming events. You can of course unsubscribe at any time.

"For me in these tough times you have been a huge help. I am extremely grateful – without you guys I would have really struggled. Thank you.”

Our Impact Get Involved